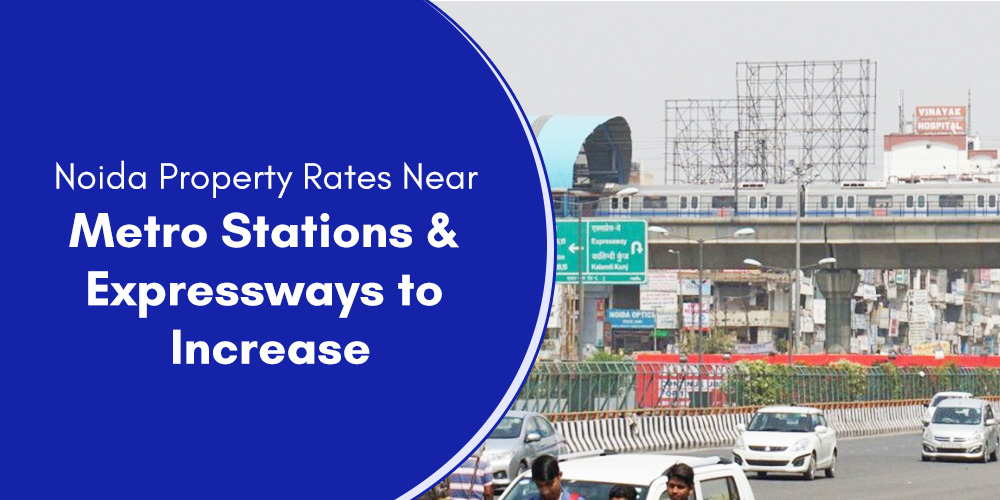 Some Residential Sectors have been upgraded by the Noida Authority that will cost more, owing to its proximity to Metro Line and Noida Expressway.

Noida, 28th September 2019: Property Rates of Residential sectors in Noida- sectors 14-A, 15-A and 44 have been upgraded by the Noida Authority due to its closer proximity to Noida expressway and Metro Stations. Property rates in these sectors will be increased by 5 to 7.5%. The decision has been taken during the board meeting on Friday.

According to Real Estate News Noida, the rates of residential plots near the Metro line would be hiked by 5% and for those located closer to the expressway; the prices would be by increased 7.5%. Since 2006-07, this is the first time that the land rates have been revised.

Recently, under the 2-floor area ratio (FAR) category, the Rates for commercial plots have been cut by 15%. Prices of plots for group housing societies as well as those marked in the institutional category will be hiked by 7%.

Parts of sectors 14-A, 15-A and 44 are close to both the expressway and the Metro corridor. The Authority seems to be working dedicatedly on pending issues; around 33 proposals were approved by the board during Friday’s meeting including proposals to build a helipad, a golf course, an entertainment hub, and a grand club.

Soon, you may see an exciting tourist spot like Chaukhi Dhani (along Jaipur road) on a 120-acre plot at Sector 15-A. It has been proposed by the board to boost up tourism and generate more revenue for the city. A 20-acre plot has been planned for adventure sports and tourist areas. A helipad is planned to be built on a private-public partnership model on about 10 acres.

With an estimated cost of INR. 255 crores, an 18-hole golf course over 90 acres has been proposed to be developed by the Board. Feasibility report regarding registration of members, fees, and other things will be prepared by the Noida Golf Club. While talking to Media, Alok Tandon, chairperson, Noida Authority passed on this information.

As per the Property News Noida, Noida convention and habitat center at Sector 94 would be built soon. Moreover, proposals to build start-up hubs at 2 places were also approved during the board meeting.

By 2031, the population of the city is likely to surpass 25 lakh as per the authority’s master plan. To address the shortage of police personnel in the city, the postings of 30 home guards were also proposed who would be paid by the home guard department of UP government.

Group housing society projects and bulk waste generators on over 5,000 square meter area would now obtain approval only after the developers submit plans to establish bulk waste generating plants on their building site. These were the important points discussed at Friday’s Board meeting.