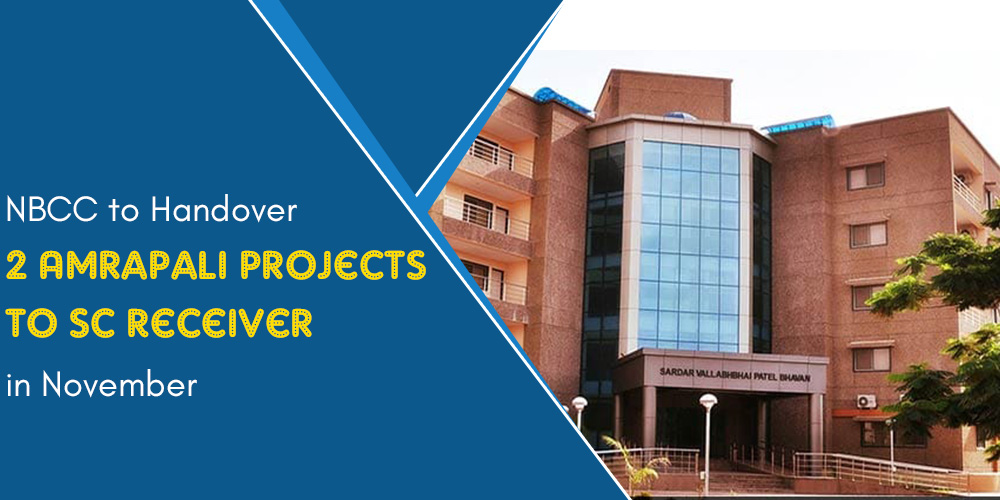 Homeowners are likely to begin the registry from next month, almost 6 years after they got into the apartments.

Noida, 3rd October 2019: The National Building Construction Corporation (NBCC) India Limited is expected to handover the first 2 of the 16 Amrapali projects to the Supreme Court receiver by November.

In January, the Apex Court had asked NBCC to complete these two societies, Eden Park and Castle before canceling the registration of all 16 societies of Amrapali in July, according to Real Estate News Noida.

For almost 6 years, homeowners have been living without some important security facility, in November they will go ahead with the registry. The total flats in both properties are 618 units. The work on sewage treatment plant, fire-fighting equipment, waste treatment plant and final paintwork in some of the apartments of these two societies are about to be completed.

Director (Projects) of NBCC, Neelesh Shah said that about 80-85% work in Eden Park and Castle was completed and the remaining work is also under process and would be completed soon. And, once these societies are handed over to the homeowners, NBCC will begin working on remaining societies

As per the Property News Noida, one of the residents said that he is living at Eden Park since 2015, though basic facilities such as power, water, and lift were there, some very important features such as clubhouse, fire suppression, and fire detecting equipment were missing. It is indeed positive news that NBCC has completed the pending work and now the Noida authority has also started the verification of documents, to begin with, the registry, he added.

As per the news dated July 23rd, 2019- The Supreme Court ordered the Enforcement Directorate (ED) to probe money laundering by directors and officials of the Amrapali Group. In response to this, the ED had filed a criminal case of money laundering against Amrapali Group and its promoters, who allegedly failed to give possession of apartments to over 42,000 home buyers in Greater Noida and Noida.

The case was filed under the Prevention of Money Laundering Act (PMLA) by the central agency's zonal office in Lucknow after taking note of at least 16 FIRs registered against the group by the Noida Police.

Earlier, Supreme Court passed a landmark judgment canceling Amrapali Group’s RERA registration and handing over pending real estate projects to NBCC. Further, in January, the apex court has asked NBCC to complete these 2 societies, Castle Located in CHI 5, Greater Noida and Eden Park in Sector 50, Noida before canceling the registration of all 16 societies of Amrapali in July.