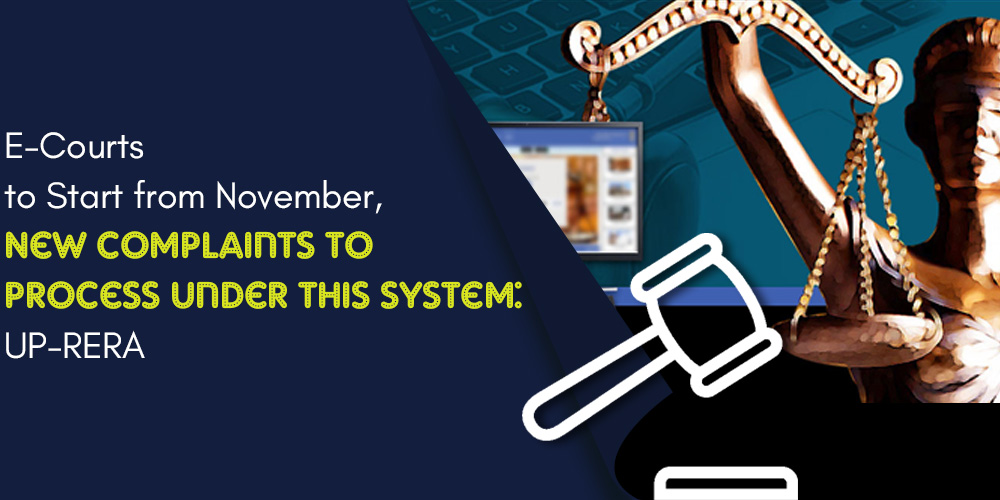 Officials said UP RERA is going online to offer speedy solutions to the grievances; all the new complaints will be processed under the newly introduced e-court system to save precious time.

Noida, 30th September 2019: The Uttar Pradesh Real Estate Authority (UP-RERA) is making a ground-breaking move; it is going to start e-courts for speedy disposal of cases from November. A complaint will be required to appear only once at the court for final arguments before UP-RERA benches, thereby saving a ton of time.

Right now, though UP-RERA receives applications online, complainants have to come several times during the hearings to plead their cases. Under this new e-court system, a complainant has to come only at the final hearing stage, according to Real Estate News Noida.

Once all the relevant documents, replies and counter replies are presented before the court, the complainant and the developer’s representative will be called for a final hearing at UP-RERA court.

Both parties will be allowed to argue their cases, and after that, the UP-RERA bench can then either issue an order the same day or hold back the case order and then issue the order within the next few days.

Both parties will be offered a copy of the case order. It should be noted that one will have to apply online and pay the prescribed fee to obtain a certified copy of the order. This would be very effective and time-saving for all the parties involved and in this way the planned e-court system would work out.

Advocates said a lot of time is involved now as they visit the court about four times before a final judgment is reserved and each date falls in a gap of approximately one month and this results in a waste of time and energy. With the arrival of this new e-court system starting from November, both their energy and time will be saved. One of the complaints said that this will save our expenses spent on traveling.

To facilitate the speedy clearance of cases, this is a commendable step from UP-RERA. As per the Property News Noida, Advocates and complaints both are happy with this jaw-dropping news.