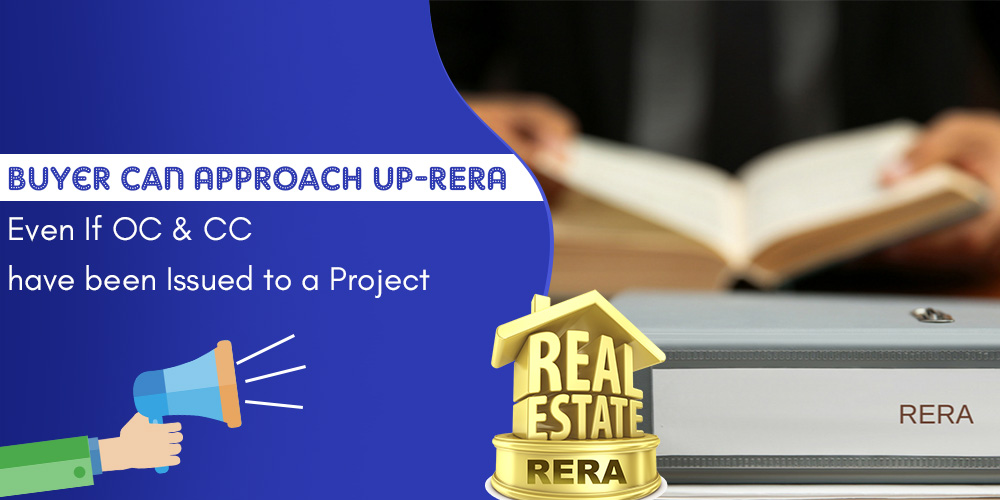 All the real estate projects will continue to be under the scope of UP-RERA for 5 years even after an OC and CC have been issued.

Noida, 5th October 2019: The Uttar Pradesh Real Estate Regulatory Authority (UP-RERA) declared that all real estate projects in Uttar Pradesh that have been granted Completion Certificate (CC) and Occupation Certificate (OC) by authorities will continue to come under the purview of RERA for 5 years, if homebuyers are discontented with the services provided by real estate developers can easily approach the authority until such time.

It is obvious that if the builder has applied for CC and OC, it is assumed that it has provided basic facilities. As per the compliance, under the builder-buyer agreement, all facilities that have been promised have to be provided to the buyers. And, if the real estate developer does not provide basic facilities, homebuyers can approach the authority and UP-RERA will service their complaints, according to Real Estate News Noida.

Last week, buyers had called for abrogating the UP-RERA order that says that in case Noida Authority fails to issue occupancy certificate (OC) or raise objections within 7 days of receiving an application from the real estate developer, the realty firm can begin offering possession to the homebuyers as it would support prevalent malpractices, according to Property News Noida.

There have been thousands of complaints of missing amenities and facilities as promised; incomplete internal and external developments and missing facilities in common areas. Thanks to RERA, now, a buyer can approach UP-RERA even if CC and OC have been issued to a project, this will protect homebuyers against such malpractices from the developers.

RERA - Real Estate (Regulation and Development) Act 2016 came into effect, from May 1, 2017. Though it was introduced by the UPA 2 government in 2013, it was enacted by the Government of India on 26th March 2016. The act aims to provide a regulatory framework for the real estate sector.